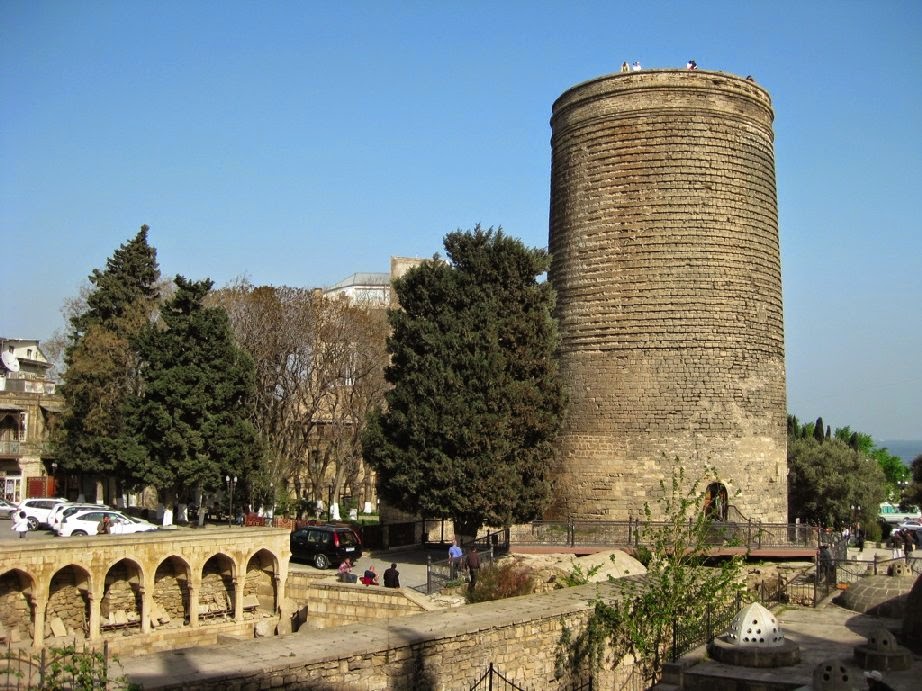 The Maiden Tower or also known locally as Giz Galasi located in the Old City, Baku in Azerbaijan is an ancient tower. Built in the 12th century, as part of the walled city of Baku, the Maiden Tower, with the Shirvanshahs' Palace dated to the 15th century, are an ensemble of historic monuments which have been inscribed under the UNESCO World Heritage List of Historical Monuments as cultural property under category iii, in 2001. It is one of the most noted landmarks and Azerbaijan's most distinctive national emblems, and is thus featured on Azeri currency notes and other official letter heads 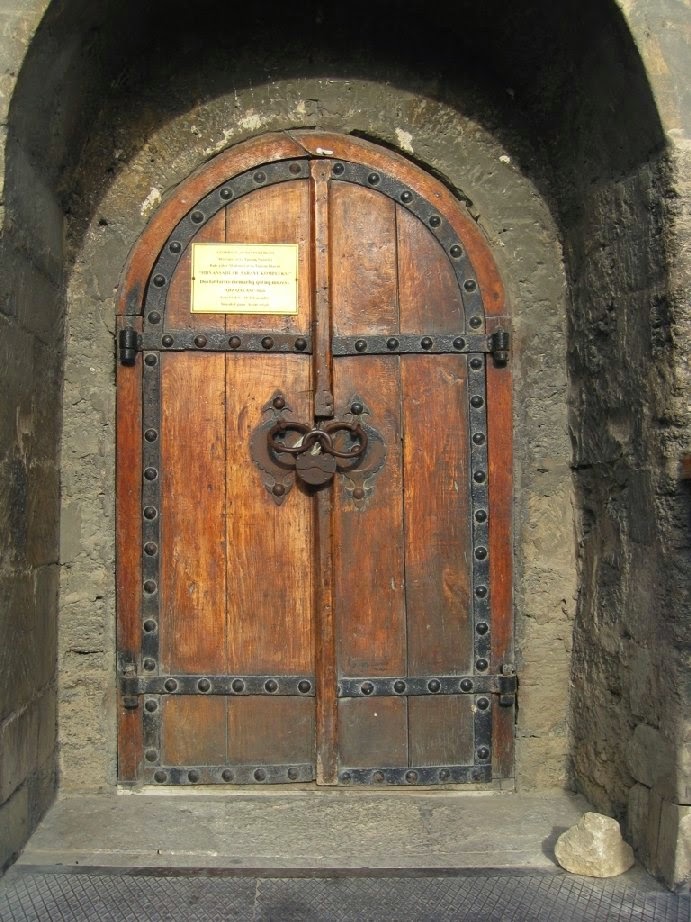 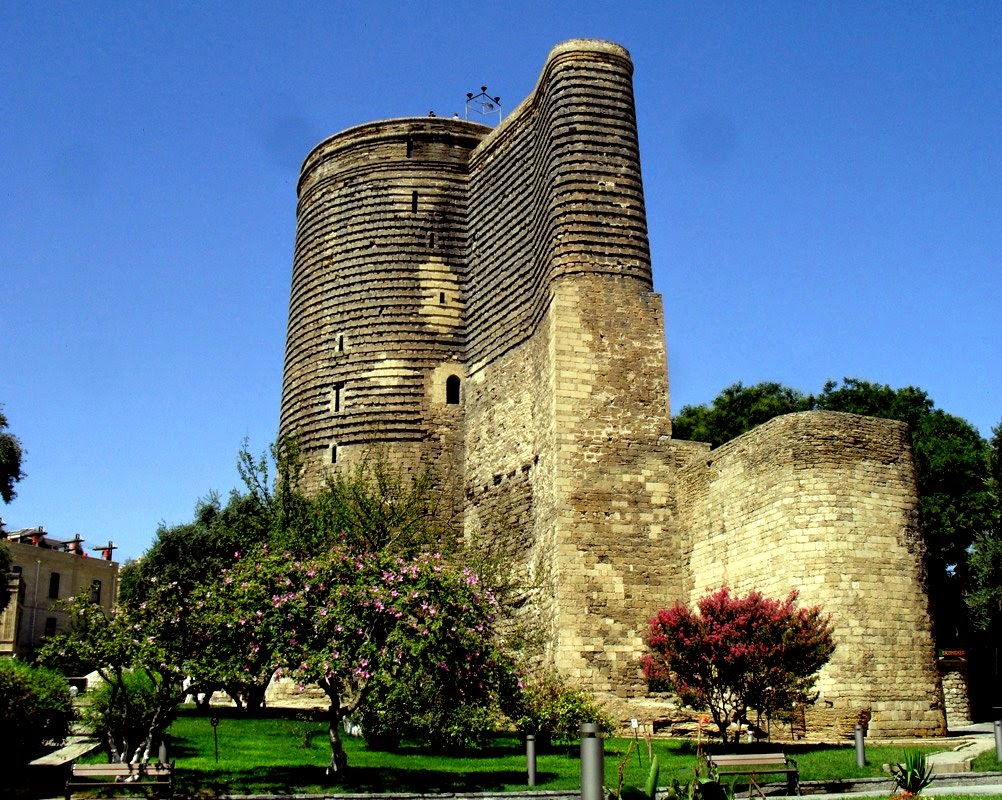