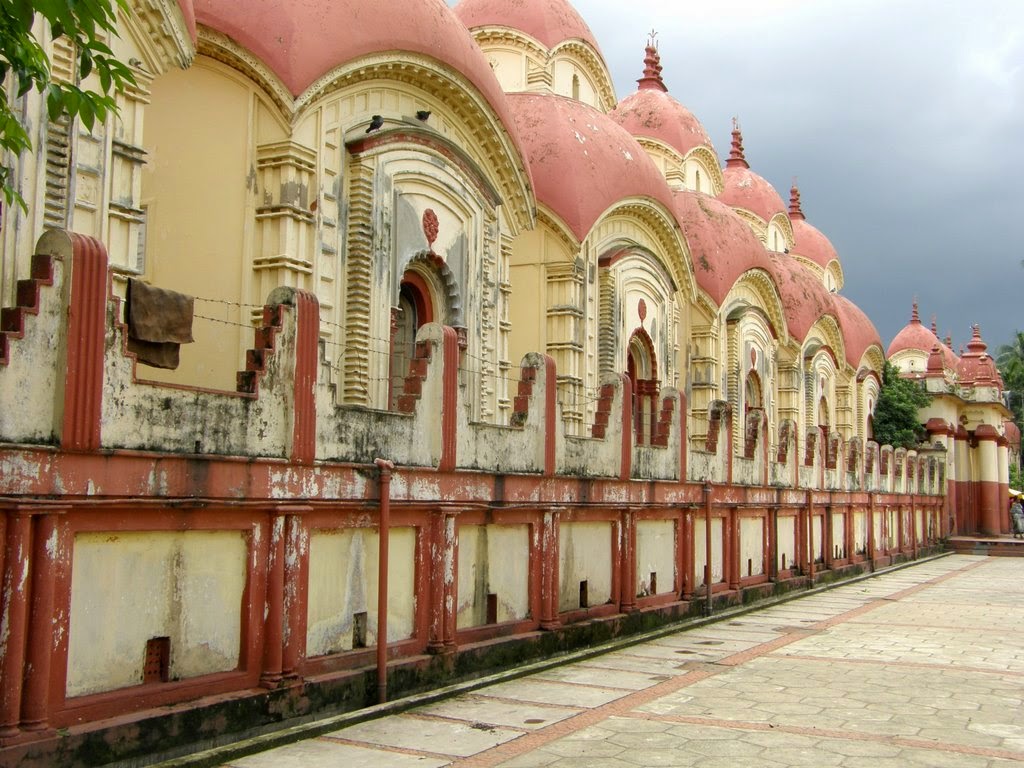 Thanthania Kalibari is a Kali temple in Kolkata. The deity in the temple is known as Siddheshwari. On the occasion of Kali Puja, devotees gather at the temple for worship.
The Thanthania Kalibari was founded by Shankar Ghosh in 1803, a mentioned in the temple building itself. However, according a different tradition it was built in 1703. The image of the presiding deity Siddheshwari is made of clay and it is replaced every year by a new one. Tuesdays and Saturdays are considered auspicious for a visit to the temple.
Küldés e-mailbenBlogThis!Megosztás a TwitterenMegosztás a FacebookonMegosztás a Pinteresten
Címkék: Monument